According to several studies, the Internet of Things (IoT) is being considered as the arrival of the new disruption in the digital realm. It was in 1999 when Kevin Ashton, a professor at MIT (Massachusetts Institute of Technology) at the time, used the expression Internet of Things in a conference with an executive team of Procter & Gamble.

In summary, it can be described as an interconnection of any product with any other around it. Its significance is brutal and, according to a report by McKinsey Global Institute (Fredrik Dahlqvist,  2019), IoT has increased from 13 percent in 2014 to about 25 percent today, making it a key technology for the advance of our industry, territory and society.

In terms of the number of embedded devices, taking into account that every human being is surrounded by at least about 1,000 to 5,000 objects, it is not unreasonable to expect that the Internet of Things could grow to over 43 million in 2023 according to Mckinsey, although there are forecasts, indicating that this deployment rate will be much higher.

In terms of market impact, the IoT market is expected to reach an economic impact of between $4 trillion and $11 trillion by 2025. In terms of features, functionalities, capabilities, and cost of the Internet of Things, it is relevant to say that IoT platforms are the superbase for interconnecting devices and generating an ecosystem of their own (Ashton, K. 2011).

Companies active in any kind of sector are deploying IoT devices in order to capture data and create new value revenue streams offering new products and services to end-users. This technology will help to digitalize our world creating new business models for all kinds of businesses, from the big corporations to the industrial and traditional SMEs.

Here indicated some of the relevant platforms of IoT existing currently:

In this sense, “A key milestone of the DTAM project is the training curriculum that will focus on five key areas, one of which will be the Internet of Things”. In addition, to facilitate the learning and use of this technology in the framework of the DTAM project, a virtual IoT laboratory is being developed, and for this purpose, it is necessary to design the global map of the integration of devices-systems-services in the value chain. Have a look at the image below, provided by our partners at GAIA, illustrating this integration process:

Interested in learning more about IoT and Big data? We will have some more exciting news for you in the coming months, so stay tuned! 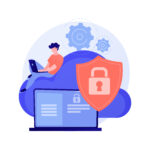 Segment your network and protect the core of your business 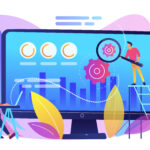 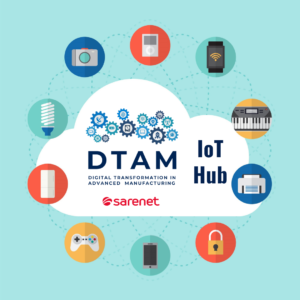 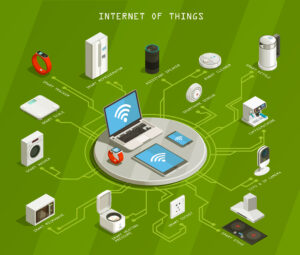 IoT as part of the DTAM Training Curriculum 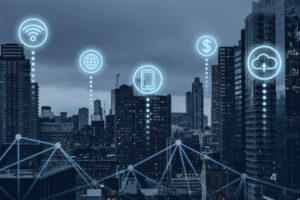 The role of Internet of Things in Advanced Manufacturing

We use cookies on our website to give you the most relevant experience by remembering your preferences and repeat visits. By clicking “Accept”, you consent to the use of ALL the cookies.
Cookie settingsACCEPT
Manage consent

This website uses cookies to improve your experience while you navigate through the website. Out of these, the cookies that are categorized as necessary are stored on your browser as they are essential for the working of basic functionalities of the website. We also use third-party cookies that help us analyze and understand how you use this website. These cookies will be stored in your browser only with your consent. You also have the option to opt-out of these cookies. But opting out of some of these cookies may affect your browsing experience.
Necessary Always Enabled

Performance cookies are used to understand and analyze the key performance indexes of the website which helps in delivering a better user experience for the visitors.

Analytical cookies are used to understand how visitors interact with the website. These cookies help provide information on metrics the number of visitors, bounce rate, traffic source, etc.

Advertisement cookies are used to provide visitors with relevant ads and marketing campaigns. These cookies track visitors across websites and collect information to provide customized ads.

Other uncategorized cookies are those that are being analyzed and have not been classified into a category as yet.

Over the last 5 years, the scope of activities of AFM member companies has developed from the machine tool sector to other industrial fields such as additive manufacturing, machining, boiler making, hand tools, and technology-based companies. Currently, AFM represents the interests of more than 500 industrial companies through its branch associations, AFM for the machine tools, ADDIMAT for additive technologies, AFMEC for mechanical engineering and contract manufacturing, ESKUIN for hand tools and industrial supply, and UPTEK for the technology-based companies.

Politeknika Ikastegia Txorierri (www.txorierri.net) is a subsidized High School for Science and Technology and Vocational Education and Training (both EQF level 4 and 5) in the Basque Region. Each year the school provides education for over 400 full-time students and 1000+ adult part-time learners.

Politeknika Ikastegia Txorierri focuses on serving the local Industry and is committed to the integral and lifelong learning of its students. The Centre promotes Innovation in Technological and Pedagogical Projects and aims to offer a quality service to the public, meeting the local training needs of young people, the local universities, and institutions. The center provides education in Environmental Control & Education, Telecommunications and Information Technology, Robotics, Sales and Commercial Management, Mechanical Design and Mechanical Production.

GAIA is the Association of Knowledge and Applied Technologies Industries (ICTA) in the Basque Country, a private and professional non-profit organization, established in 1983. It is a regional Cluster that promotes Networking with key stakeholders within the Basque Region, currently made up of 285 companies that offer products and services in the field of electronics, information technology, consulting, engineering and telecommunications.
GAIA’s mission is to boost the development and growth in the ICTA sector and to favor the assimilation and efficient usage of the technologies to the industry, territory, and society, with the aim of collaborating in the development of the Information and Knowledge Society.

IDEC is a training consulting company located in Piraeus, Greece. Its activities consist of training, management consulting, quality assurance, evaluation and development of ICT solutions for both the private and public sectors. IDEC has extensive experience in European projects, either as coordinator or as a partner from different European programs and Initiatives. IDEC has consulting experience in developing quality management systems in Greek training centres and has been accredited as a lifelong learning center. The main areas of expertise are management consulting, quality management, certification, design of training contents based on ECVET, software and multimedia development, internet applications, distance learning, e-business, and e-commerce.

Atlantis Engineering is a Greek ICT SME with products that support daily production activities in different factories with simple and advanced manufacturing systems, customized maintenance consulting and training, and asset life cycle optimization. The company has considerable experience in vocational training projects, on-the-job training, work-based learning, workshop organisation and pilot testing while being experienced in on-the-job, problem based and e-learning methods for industrial manufacturing companies. The main area of application of their expertise is industrial manufacturing and maintenance.

University of Patras is one of the leading higher education institutions and the third largest in Greece. Its success is built on a strong partnership with its students and academic staff and a clear focus on high performance, enhancing University of Patras’s position as a world-class university with a strong academic reputation and a commitment to excellence. It comprises of 7 Schools with 35 Departments and 180 labs in total. It currently employs 693 Faculty members, 232 Scientific staff members, 368 Administrative staff members, and 2,742 Researchers. Moreover, it currently has 30,185 Undergraduate students, 1,704 Postgraduate students, and 2,051 Ph.D. students.

Ruse Chamber of Commerce and Industry (RCCI) is located in Ruse, Bulgaria. It dates back to the 1890s and is the first of its kind for Bulgaria. Today, RCCI is an NGO for the public benefit, which provides a wide range of modern business services to both member and non-member companies. RCCI invests in the knowledge economy and works toward improving the regional business environment, stimulating socio-economic development and entrepreneurship through local and international initiatives.